Purpose:  To recognize an individual, or group of individuals (no more than three), for exceptional technical achievement in the fields encompassed by the EPS.

Basis for judging:  Technical contributions of the nominee(s) must be such that they are considered to be exceptional, not achieved by most members. A single major contribution will qualify for this award. The contribution could be a significant invention, introduction of a significantly new and important technology or product (in which case, the nominee may be a team leader), or significant work that advances the state-of-the-art in EPS's field of interest. The technical contributions must be documented by open literature publications such as papers, patents, books, and reports (available to the public). Technical recognition and awards from the organization employing the individual as well as awards from other IEEE and non-IEEE technical societies may also be contributory.

Eligibility:  Recipient(s) must have been a member of IEEE and EPS for at least the past three years and renewed for the year of the Award. 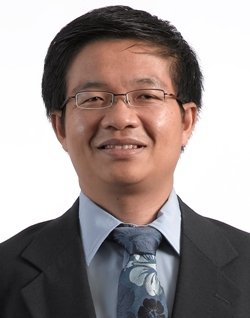 For technical contributions and leadership in 3D packaging and integration, particularly on solder-less Cu-Cu bonding and innovations in TSV technology.

for contributions to 2.5D and 3D IC heterogeneous integration, with focus on interconnect technologies.

for the development of numerous probabilistic design concepts that enable effective and rapid assessment of the probability or failure of electronic products.

for exceptional contribution in modeling and experimental characterization of IC/LED packaging, focusing primarily on thermal packaging and innovations in packaging processes.

for major contributions in the area of 2.5D/3D ICs integration, focusing primarily on process development and reliability, and stress sensor technology.

for exceptional contributions in the areas of shock, drop and vibration reliabilitty of electronic products.

for exceptional contributions to reliability modeling and the understanding of delamination and popcorn failure of IC packages.

for major contributions in the area of modeling and characterization of moisture-related reliability in IC packaging, including theoretical model development, validation, numerical implementation, test methodology development and design.

for his seminal contributions in the area of electronics reliability from which he developed the new and significant field of prognostics for electronics.

for his pioneering work on multi-physics and multi-scale modeling for manufacturing process modeling and reliability qualification coupled with the development of various validation tools.

for his pioneering contributions to and leadership in 3D integration/packaging, spanning nearly 20 years and resulting in more than 150 publications in refereed journals, book chapters, trade press journals and conferences.

for his pioneering contributions to fluxless soldering and bonding technology.

for contributions to surface mount technology and electronic packaging assembly.

for his contributions to the applied technology and basic science in electronic ceramics, in particular to ceramic capacitors.

for his major research contributions in the area of conductive adhesives for electronic interconnect applications for a wide variety of industrial and consumer products.

for co-inventing the PBGA package that resulted in new and revolutionary applications for existing electronics packaging technologies.