Purpose:
To recognize and honor outstanding service and leadership to the Electronics Packaging Society and its sponsored activities.
Award:
US$5,000 and Certificate
Basis for Judging:
Recipient is required to have made  outstanding contributions to expanding the Society’s impact in the electronic packaging field and profession through service and leadership  within the EPS organization, including activities at the Chapter, Regional or BoG level or through the society’s primary conferences and workshops.  Examples would include serving as a conference chair, society officer, regional director, etc.
Eligibility:
At the time of nomination, the nominee must have been continuously a member for the previous ten (10) years of IEEE and EPS with respect to the year of presentation of the award, and have already renewed the membership for the year of presentation of the award.
A minimum of 3 endorsements is requested. (Endorsers do not need to be current EPS members) 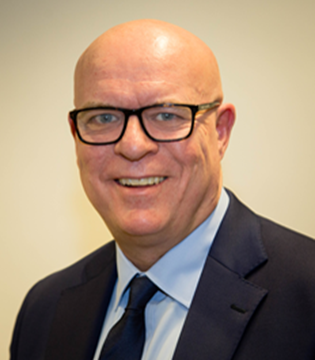 For outstanding service and technical leadership to the EP Society resulting in the growth and relevancy of EPS in a fast-changing electronic packaging landscape.

PAST RECIPIENTS OF THE DAVID FELDMAN OUTSTANDING CONTRIBUTOR AWARD

for strongly promoting and implementing Electronic Packaging and IEEE EPS activities in Europe, Region 8, for establishing a functional networking bridge from Academia to industry.

for outstanding service and sustained leadership to the EP Society through value added improvements in the areas of Awards, Education, Chapters, PDC courses, and professional development.

for outstanding contributions in leadership in EPS conferences, chapter and Board of Governors for over 28 years, notably the developmet of the EPS flagship Electronics Packaging Technology Conference in Region 10.

for 20 years of leadership consistently driving change, collaboration, and engagement in EPS and ECTC, including driving our society name change, sponsoring the Heterogeneous Integration Roadmap, and establishing the ECTC Student Reception.

for outstanding, sustained contributions to CPMT at the Chapter, Society and conference levels for more than 30 years. He has held a large range of leadership positions and has implemented multiple improvements and advancements, added value and provided an innovative mindset.

for outstanding leadership of the CPMT Society as Vice President and President, with key impact on globalization, industry connections, technical committee revitalization, as well as initiating transformation to prepare the Society for rapid, disruptive changes in the semiconductor and electronics industries.

for outstanding, sustained contributions to CPMT through leadership of the CPMT Taipei Chapter, operation of multiple international conferences and promotion of strategic professional  and educational collaborations.

for sustained leadership and service to the CPMT Society in a broad range of areas including Chapter management, conferences, publications, and governance, most recently serving as 2012-2013 CPMT Society President.

for over 13 years of leadership, including serving as the CPMT Society’s first President from Europe,and extending CPMT’s global technical reach through strategic collaborations and establishment of new conferences.

for a quarter century of strategic and forward-looking leadership of the CPMT Society and key CPMT conferences.

for leading the CPMT Society in defining its value propositions and executing strategic outreach to CPMT stakeholders in the major microelectronics development and manufacturing regions around the world.

for 22 years of passion and dedication to the IEEE and CPMT Society in numerous volunteer leadership positions.

for his nearly 20 years of service to the IEEE and CPMT Society, including serving as champion of professional development by chairing the ECTC Professional Development Committee for many years; managing the Society Distinguished Lecturer's Program and serving more than 10 years of outreach and leadership as CPMT VP of Education.

for the breadth of his contributions to the CPMT Society in numerous leadership roles, as well as their global impact; including his unprecedented two terms (four years) as CPMT Society President.

for exceptional and sustained leadership in the IEEE EPS and Electronic Components and Technology Conference (ECTC) in numerous roles.

for his exceptional service to IEEE and CPMT Society in various leadership roles and for his pioneering work in electrically conductive adhesives.

for his exceptional service to IEEE and the CPMT Society in various leadership roles for over forty- five years.

for his exceptional service to the IEEE EPS and its conferences for over twenty years.